My life as a #blerd

Hello My name is Shayla Marie Anderson and I’m a blerd.. A black nerd. 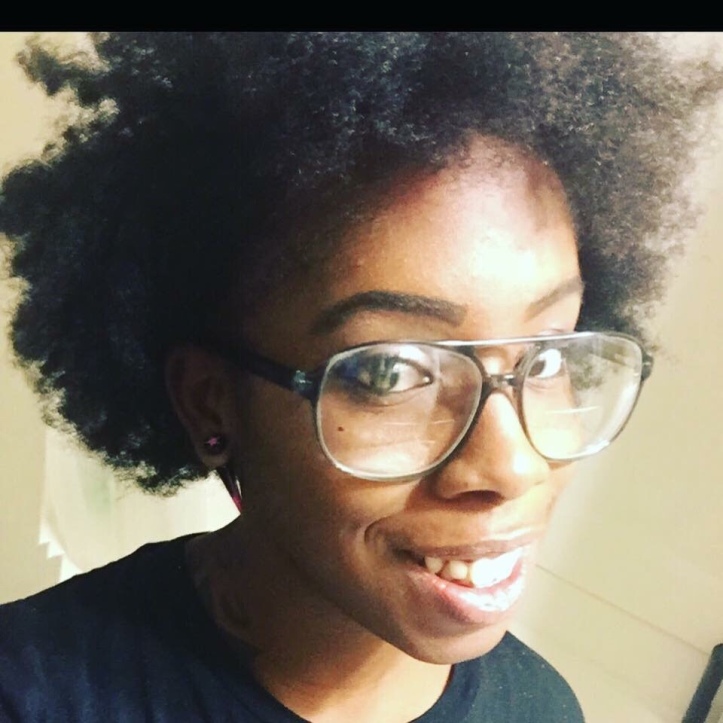 I read comics, I cosplay, I write fan fiction and I live in a house that looks like a comic book store did a back flip in the living room. My entire life I was made to feel like that was wrong. So I hid it.

We you look like this it’s not hard to hide the fact that you’re intelligent. In high school I learned quickly that as a dark skin black girl, I wasn’t going to get attention unless I looked a certain way. However even with the look I was still teased about things I enjoyed and the way I spoke. In high school I was teased relentlessly because of my diction or “Girl, why you sound so white?” Or ” I bet when she get home she don’t sound like no white girl” and then they would all dissolve into puddles of laughter and I would be confused. I remember going home and recording my voice to hear what it sounded liked and I would practice “sounding black” so I could get black friends. I’m from Temecula. There was not a lot of black people there in 96′ and I came from South East San Diego.. I had been getting picked on for “sounding white” and being and “Oreo” my whole life.. I was teased because I loved to read books and write stories. I wrote poems and I was teased. “You think you Shakespeare’s or something” so I learn quick you hide that! So I did. As school I was in A.P classes… but I was also a varsity cheerleader, on the dance team, and in advanced drama I learned that I could cut Shakespearean plays into 8 minute plays. I was good at.. I almost won a national competition ( DTASC WHOOP WHOOP) but I wouldn’t dare tell a soul because that’s “no cool” I was published at 12 years old but I never told anyone but my best friend because “that’s wasn’t cool” and I wanted a boyfriend! All the girls had boyfriends and I would get boys but once they would get to know me.. they thought I was boring unless I put out🤷🏾‍♀️

So that’s how I lived until I had my daughter. 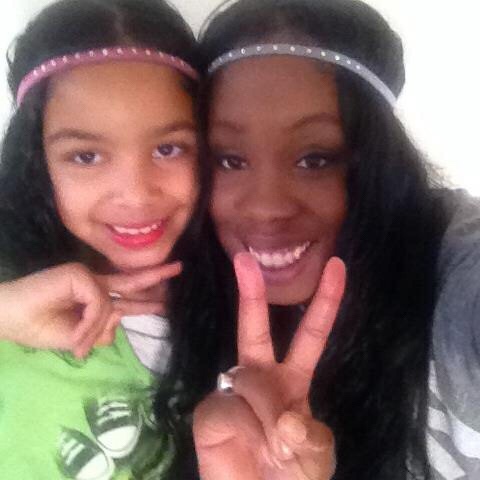 Once I had Brooke, I wasn’t alone anymore. I had someone to dress up with!I also had an obligation to teach her not to be ashamed for being intelligent. I made it my goal to teach Brooklyn that her brain will get her more places than her looks ever will. I teach her, that her looks might get her in the door but her brain is what’s going to secure the bag. I also made sure she knows never limit her creativity. Brooke and I attended our first comic con in 2014. 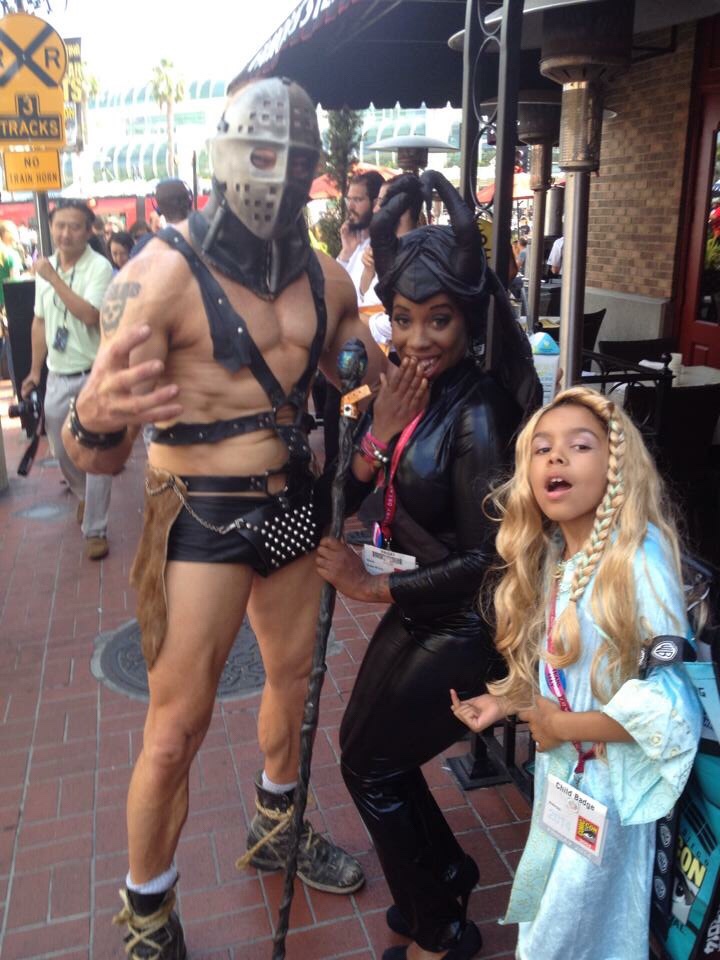 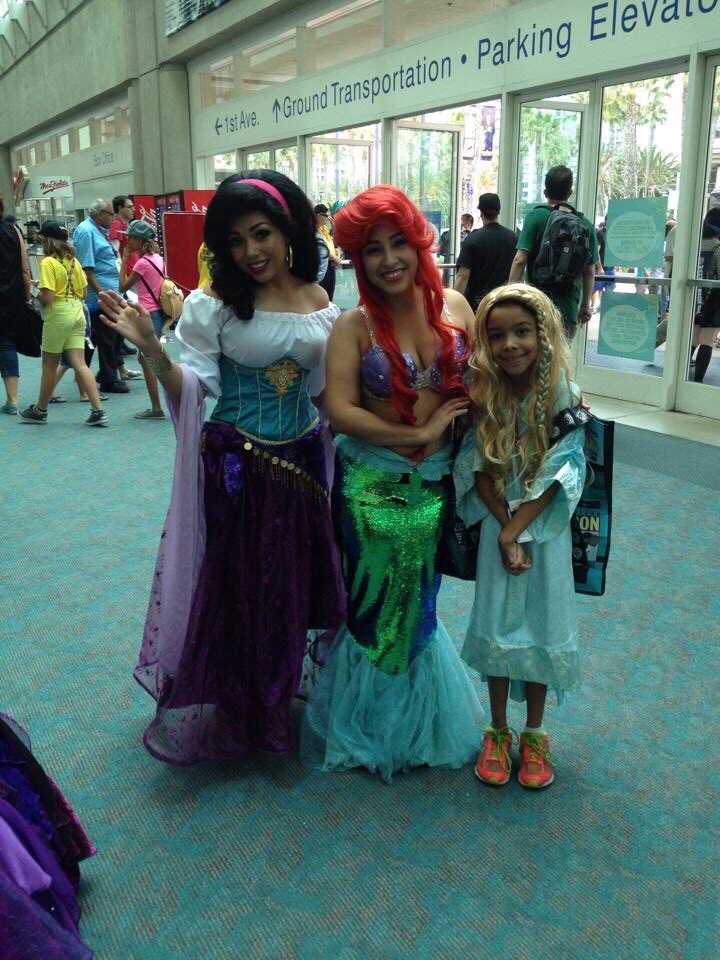 We saw so many wonderful characters for our favorite movies

most important for me Brooke saw Black Cosplayers like US!

After comic con, I felt free. I posted the pictures online and felt proud.. I didn’t admit that I was dressing up like this at home for no reason but I felt proud I shared a portion of my truth. I was happy if found other cosplayers but I still wondered would I ever find love?

I once had a make curse me and friend out. We were at club and I told the man “Ay your face looks symmetrical and I’m in to that” I was trying to be funny and cute.. he got super offended. I left that experience thinking I was never going to have stimulating witty banter without being misconstrued. I also experienced not being “black enough” for black men.. not skin tone wise, just in my actions. I listen to punk rock, I can dress goth just because it’s Wednesday and I wear bikinis 80 percent of the time.. it’s just because I’m eccentric and I use fashion as a way to express myself. Most black men simply said “she crazy” and didn’t think twice about me and it left me feeling like if I wasn’t one way I was never going to find love. If I didn’t dress. I had an experience in high school where I was humiliated by football player. I was a cheerleader so i figured naively “we’re both black I’m popular, he’ll date me” nope I was wrong. I was humiliated publicly for being dark skin and having the nerve to approach him ( he was dark skin too) so that left me with greater confusion and sense of shame for something I had absolutely no control over. I hid that pain of feeling “ugly” by becoming “funny” so I was known for my sense of humor. I studied hours of stand up to be “funny” so I knew every joke from every comedian because I had no friends calling me, I was surface level popular with no real friends. I would write poems, and read gossip sites because I was lonely I wrote fan fiction about Batman because we both have dead parents🤷🏾‍♀️

I felt like a mutant in high school because I was dark skin ugly and didn’t have a really boyfriend. So I created these worlds when I wrote. As an adult I hid that when I dated. I never showed that side of myself until I met Chris.

Me met online in a meme group. I stalked him through his Facebook and immediately judged him until he messaged me daily the sweetest things and said “just meet me once, if you like me than go from them, but don’t judge me based off what I post”I kinda did… but I went on the date.. a few dates later I got pregnant 😂😂 I had to tell him.. “I’m a cosplayer. Me and my daughter go to nerd conventions.. it’s really important to me it’s apart of who I am.” Not only did he agree to go he dressed up! 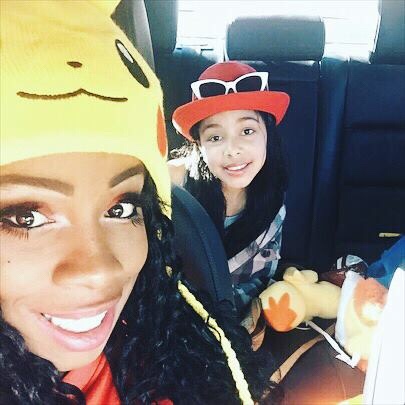 And I love that about him… I mean I can always find him.. he’s in the living room gaming. The only thing I hate is games with no pause button. Talkin to you “Destiny” he used it as an excuse to not help me change the baby. 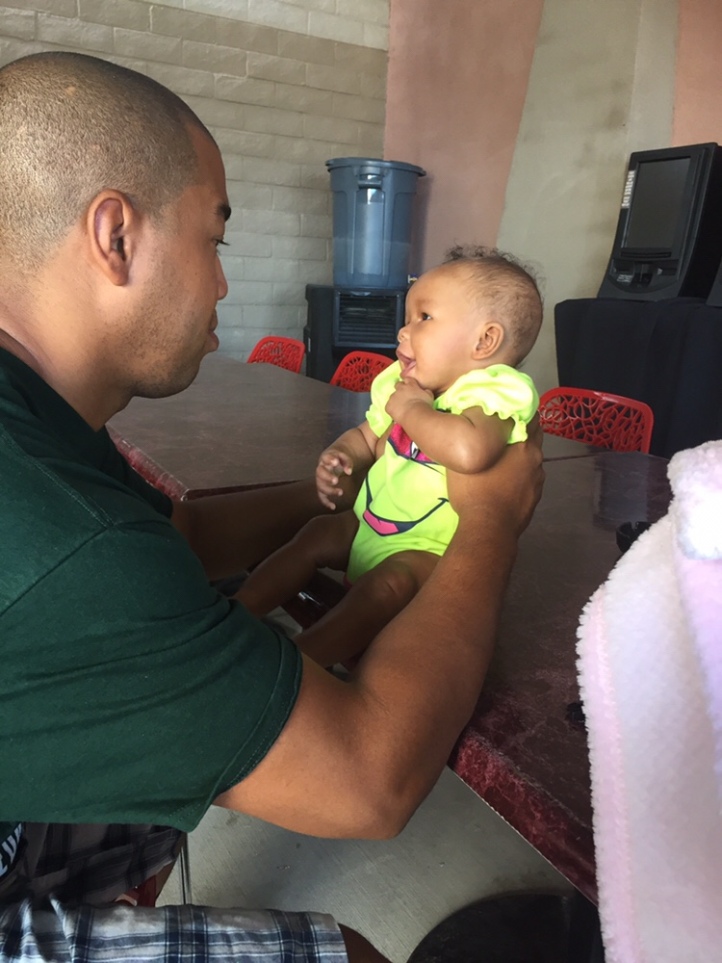 When we had our baby we vowed to make a family where it was safe to be weird.

We created a home where creativity resigns supreme. 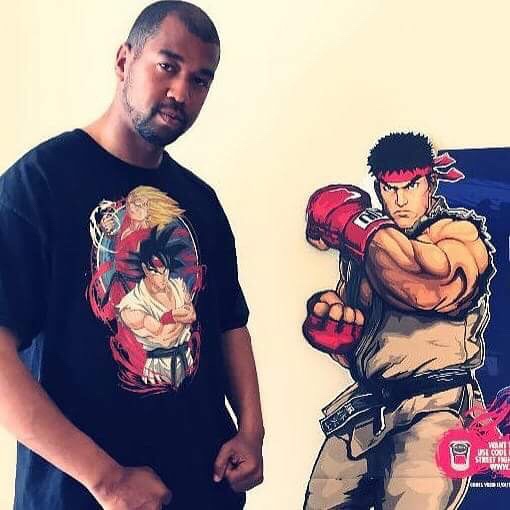 It’s ok to have conspiracy theories

Chris and I were made to feel so badly about being different growing up, we never want that for our kids. We’re raising our daughter to know it’s ok to be a Black nerd! I’m more than ok IT’S COOL TO BE A BLERD! 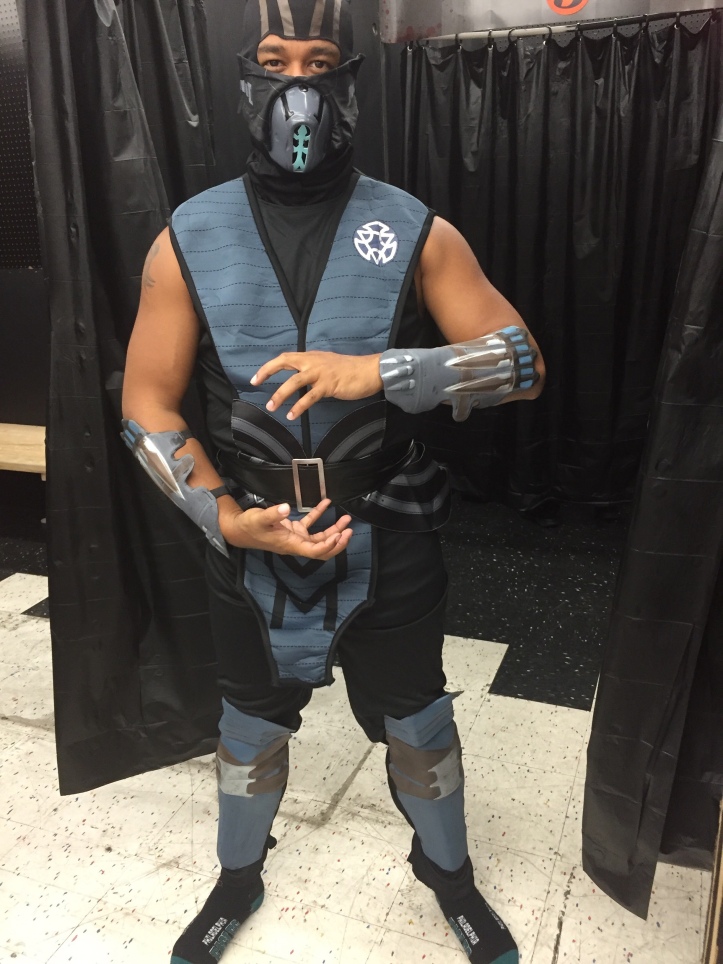 You can find the man of your dreams and dress him like your cartoon crush! You can have a cartoon crush and not feel weird about it! 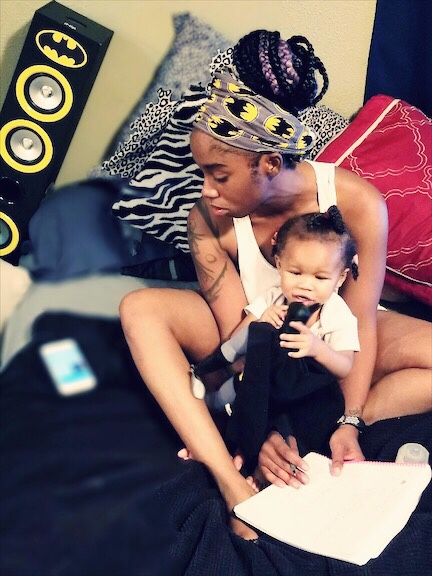 I teach her it’s cool to write about Batman! Or anything you want. We’re happy because we genuinely get to be ourselves

We love each other and support each other’s fandoms (that’s important 😂😂😂 especially when it comes to anime.. I like “Sailor Moon” he likes “One Piece” it gets tense 😬) most importantly we accept each for who we truly are beneath it all.

I don’t hide who I am anymore… today I’m coming out. This is me. I’m a little weird but I’m still a strong, proud black woman. I don’t have to sound a certain way or look a certain or do certain things.. I’m black regardless of what I do or how I sound. I just stopped caring and hiding. This is me. I love me. I love all bleeds who feel like they have to be something else to be “cool” we are cool.. #blerds are cool.