#batmomgoestoschool: The 1st Amendment is the bees knees.

Well I have SURVIVED 3 weeks of school y’all!Barely! Monday I totally forget we had to summarize an essay.. I thought we just had a bunch of reading.. oh I did the reading then I was going to bed Sunday night and text Tiffany 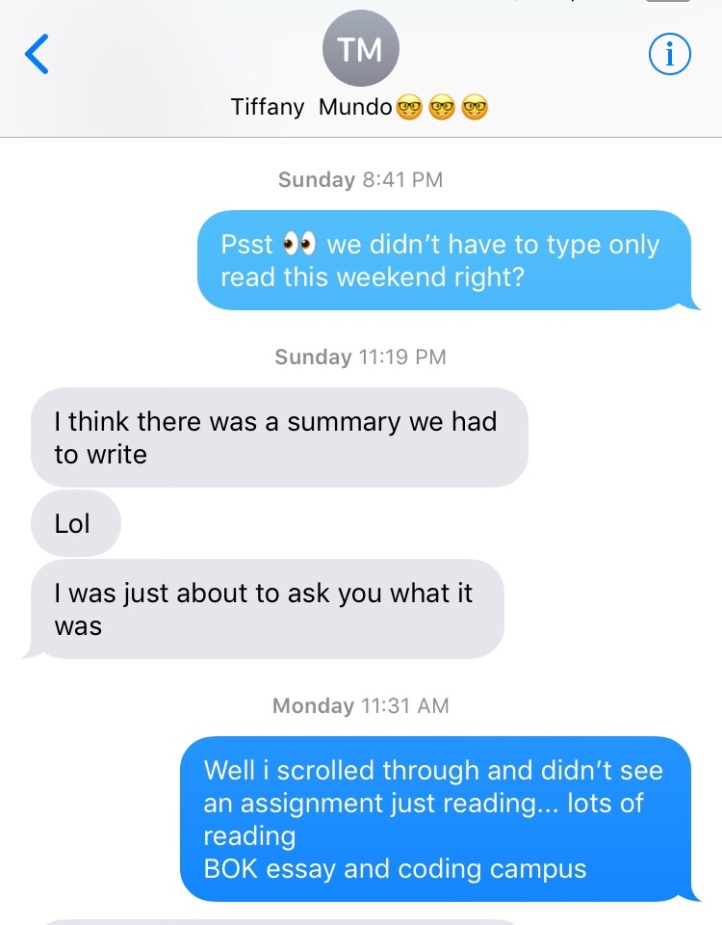 Well THERE WAS A SUMMARY 😵😩 Tiffany calls me, I’m just leaving work and heading to turn my nursing notes for work 45 minutes FROM CAMPUS!! I was already like mentally stressed….I couldn’t type my patients WiFi was down, my hotspot kept dying so I just wrote out my summary in the car, like hyperventilating and just thinking “Lord.. I’m finna fail the second week because I can’t remember to summarize 😭😭”

when we got to school we received our grades back for our first essay:

I got a B-… I know a “B-” isn’t bad and all..I got the B- because structurally I was off I didn’t indent and my supporting evidence was weak.. I took it hard. I’m not saying I’m “THE GREATEST WRITER OF ALL TIME!” I just know I can do better! now that have I guidance and direction I should do better! The professor does like my writing tone so I’m pretty pleased about that. We have a second essay coming up that I’m just chomping at the bit to write…

MUSIC AS A FORM OF SOCIAL AND POLITICAL PROTEST❤️😍❤️Honestly I’ve waited my whole LIFE to write about this topic! However getting the B- mentally put me in a place where I WANT to study. I want an “A” it’s not just a grade for me. I want to follow the instructions and do better. It lit some kind of fire in me Monday seeing that “B-” I carefully began to look at what the professor wanted.. Professor Pappas

(He’s Greek 🤷🏾‍♀️ tell us every week.. so mentally he’s John Stamos..it works for me!) Professor Pappas tells you exactly what he wants and he gives you the research papers and you literally deconstruct every essay paragraph by paragraph

And argue with each other… it’s AMAZING 😂😂The class is currently discussing our views on “speech codes” on college campuses. I’m against them. They violate the first amendment and I’m a staunch supporter of the first amendment.. NO MATTER WHAT! even when the words are hurtful toward my race.. which causes Tiffany to de-friend me at least 3 times a night 🤗☺️

(she makes that face too and says “Really Shayla–That’s how you feel…we can’t be friends.”)😂😂I do agree that hate speech is hurtful and should be handled… I’m not sure speech codes and regulations are the key. I think that creates a false sense of security.. there’s no speech codes in the real world so I don’t think they have a place in college…however I did read an essay that did change my prospective 🤔 we also watched “Good night. and Good Luck”

It was RIVETING! It focused on Macarthism and how people were being unfairly prosecuted because of rumors they were communists. Just RUMORS.. no evidence 😱it was good and George Clooney is in it 90’s sexy George Clooney 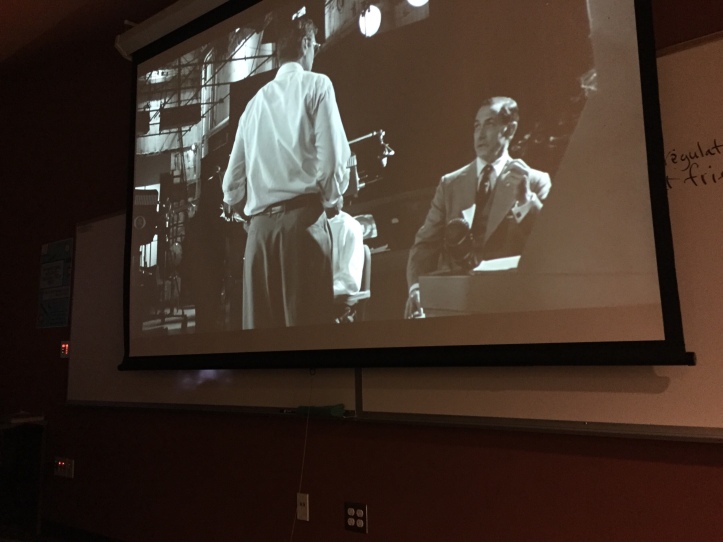 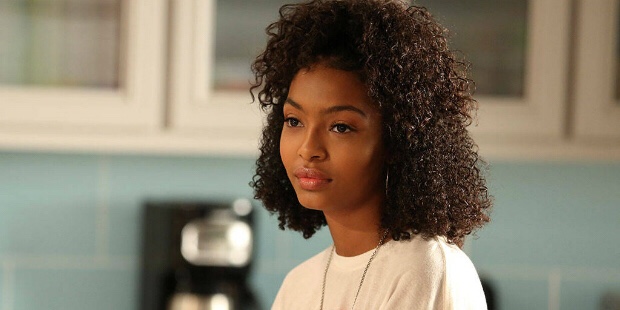 Anyways the first night she asked about my blog and I was so nervous I almost didn’t tell her😅 I just get anxiety about wether or not my blog is enough. Self doubt is REAL! So all the voices were saying “don’t tell her, she’s young she won’t like it, you’re boring old mom from Temecula no one wants to read your blog” my heart was pumping I kept saying “it’s just about my kids you might not like it” I was so nervous on the way home.. just wondering if she liked it.. The next class I found out she did… I also discovered she had a desire to start a blog! And she has some hesitation so I gave her a pep talk! She’s was like “I told my mom what If I’m boring?” I told her “look one day I had some readers from the Netherlands.. and I thought I was the coolest person on the planet! You never know who wants to know about you until you hit publish”

I’m literally on a mission to get everyone to start a blog😂👏🏾 it’s therapeutic anyways! I learned that Diva has this extensive knowledge of google analytics, coding she’s a TECHY! I think I’m making my second friend in class🤗🤗I’m going to be going to Tiffany’s to work on my PowerPoint about Bob Dylan, Country Joe and The Fish, Marvin Gay and Billie Holiday

I’ve been driving home listening to Bob Dylan.. I can’t believe I get to write an essay on my favorite musicians. I’m still a little nervous about MLA format.. look I didn’t know anything about that when I was in school. So I do have a lot of fear about getting that references wrong, or not writing the quotations properly. It’s hard having structure when you’re used to writing about whatever you want, whenever you want. This class has been a welcome challenge for me. I have stepped outside of sooooo many comfort zones. I’m no longer having panic attacks in the car before I walk in.. I am still leaving my notebook alllll the way in the parking lot.. I park on the street.. I’m too cheap to pay for parking 🤷🏾‍♀️ I’ll just take that “L” and take that walk

At least it gets me more steps on my Fitbit😂😂👏🏾Monday we have oral presentations lined up I’m 7th.. I’m not worried, I’m former drama geek I’ve been on a stage or two.. oddly enough public speaking doesn’t scare me.. it’s waiting to hear feedback about your work. That’s my fear😅 well I’m gonna get back into studying.. Monday will be here before I know it! Thanks for supporting my journey!I’m truly enjoying every step of the way.