Thursday Thoughts: Drake has me #inmyfeelings

Everyone is entitled to their opinion and I respect each and everyone that comments on my post. I understand everyone is going to have their own views regarding things. I welcome talk and open discussion in the comments because I genuinely love to hear the opinions of others it helps me see things in different. I’m going to attempt to look at this issue from both sides. Trying to be objective and see is there a reason a grown man should be texting a 14 year old? Drake has been in the news a lot recently in regards to young women. He’s current linked to an Instagram model that just graduated high school 3 months ago.

It’s been reported by several Media outlets that Drake has been a friend of the models family for many years. There’s evidence of the Singer on the models page as early as 2016.. making the model 16 at the time.

Bella is an adult now.. she is free to date as she pleases. Drake is 32 and obviously has a pattern of talking to young women. In the article about 14 year old Millie Bobby Brown Brown she states the “In my feelings” Text her “I miss you” As the mother of 12 year old turning 13 I would be absolutely livid if a 32 year old man was texting her. I am aware that Millie and Drake are celebrities and their world is different from mine.. however I don’t want my child to see these articles and see this behavior and thinks it’s normal for a grown man to that’s NOT your father, brother, uncle, grandfather.. if the man doesn’t carry my child’s genes he has no reason texting a child. I understand there are several types of relationships and there are relationships platonic in nature. I get all that. There’s also something called Groomimg. This is the comment left under my post that prompted this blog post.

People aren’t able to separate the fact they like Drake and his songs, from the fact that his behavior is in appropriate. As an adult woman I have no business texting a 14 year old boy. As woman 30 plus I have no reason receiving a sexually suggestive post from a 16 year old. If these things we to happen to me in my life.. I would put in jail, or into some kind of counseling at he very least. I’m not saying Drake is a pedophile. I don’t know that man. I’m just going from these articles and I’m going to talk to my child when she gets home and let her know… if a man wants to “mentor” you.. send them to ME! I want to talk to this man and see what great gifts he sees in my child that he can’t talk to me about he has to text my child privately. I don’t care if Drake dates an 18 year old.. that’s not the issue. The issue is he’s apparently been forming a relationship with her prior to her being 18. Childhood is precious. 16 is still a child. 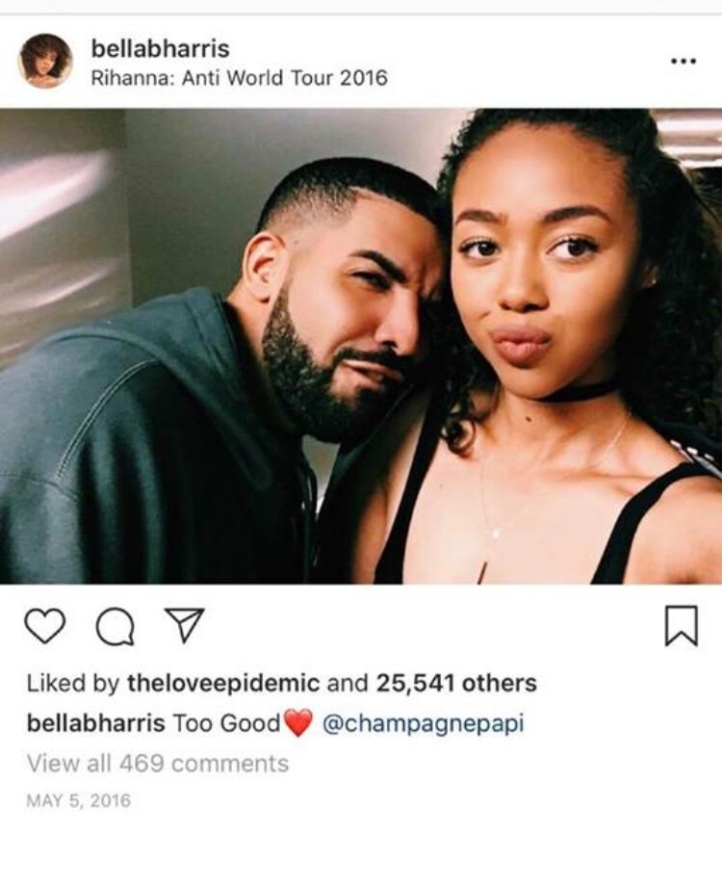 At 16 you’re just coming into your own and well some girls still haven’t even had a period let’s be real 🤷🏾‍♀️ 16 is a very impressionable age, 16 is still a child. 14 is still a child and 32 year old man should not be giving “dating advice” to a 14 year old. That’s the 14 year old’s mothers job. Once again I realize these people have lives completely different than mine. However my child goes online, my child listens to Drake and can read headlines and I’m not going to normalize this behavior. It is NOT normal for a grown man to be texting a child. I’m not sexualizing this I’m just putting it into prospective. Imagine me grown ass me, with bills, life problems etc.. what do I have in common with 14 Billy? Nothing. If Drake wasn’t Drake more people would be questioning the behavior. This is definitely a teaching moment in my house. I don’t want my daughter to think that it’s ok for her to be texting adult men or for grown men to be reaching out to her. In my opinion normalizing this texting relationship is dangerous. I look through my child’s phone and we keep an open dialogue.. I don’t know what I would do if I saw communications with a man not her family and 30 plus giving her dating advice and saying “I miss you” and Brooke is very missable child but I would lose my mind if a grown man said that to her. Even as try to be bias.. I’ve been in relationships with me 15/16 years older than men I was dating men in there 30’s and 40’s when I was 17,18… it wasn’t ok then (I was collecting father figures ALL OVER TOWN) it’s not ok now. You think you know everything at that age because “you’re grown” Yes you’re “grown” your grown ass is also being manipulated how bout that? Girl mom life is tough. I only say this because I know! The only reason this has me “in my feelings” is because my child is not much younger than Millie Bobby Brown… if I saw Drake in my child’s phone they would need the Nicki’s Security team because I would be throwing shoes and everything else at him every where he went! You don’t text babies! There’s too many adults in Hollywood! He can text whoever he wants. He’s grown. No one knows the whole story but what I do know is… I wouldn’t approve of 32 year old Jim bob Jackson texting 14 year old Jane about her “Dating” life.. it’s just as weird having Drake do it… even if you can’t stop singing and dancing about “Kiki” maybe we need to ask to see Kiki’s I.D… I’m just saying🤷🏾‍♀️ also this Guy..