Book Review: “I’m Judging you: The Do better Manual” By Luvvie Ajayi

For the past 2 weeks I’ve been completely obsessed with Luvvie Ajayi.

I was searching for podcast to listen to for inspiration.

I was searching girl boss saw the name “Luvvie” “15 years blogging” and “New York Times Best seller” I instantly wanted to learn more. I had never heard of Luvvie! (typing that out loud I’m embarrassed😅)

I was drawn into Luvvie’s voice. She spoke about her journey as a writer. How it took her 9 years to even call herself a writer.

She felt that title was given to those authors like J.K Rowling Etc. She talked about having a xanga Page, going to medical school and knowing that really wasn’t really HER dream.

She talked about her hatred of comic sans and how she started a web blog, gained a following and someone STOLE HER WORK😱

That prompted her to question “is there not a handbook for how to be a decent human being?”

There wasn’t.. do so she wrote one…

Just typing that gives me chills…

At this point I still had not seen Luvvie.. I was driving.. I finally got home and home. Parked my car and stalked her ig! 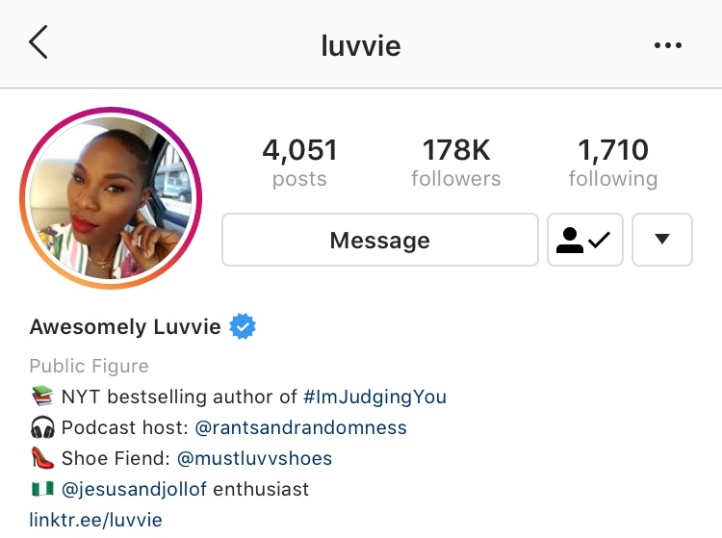 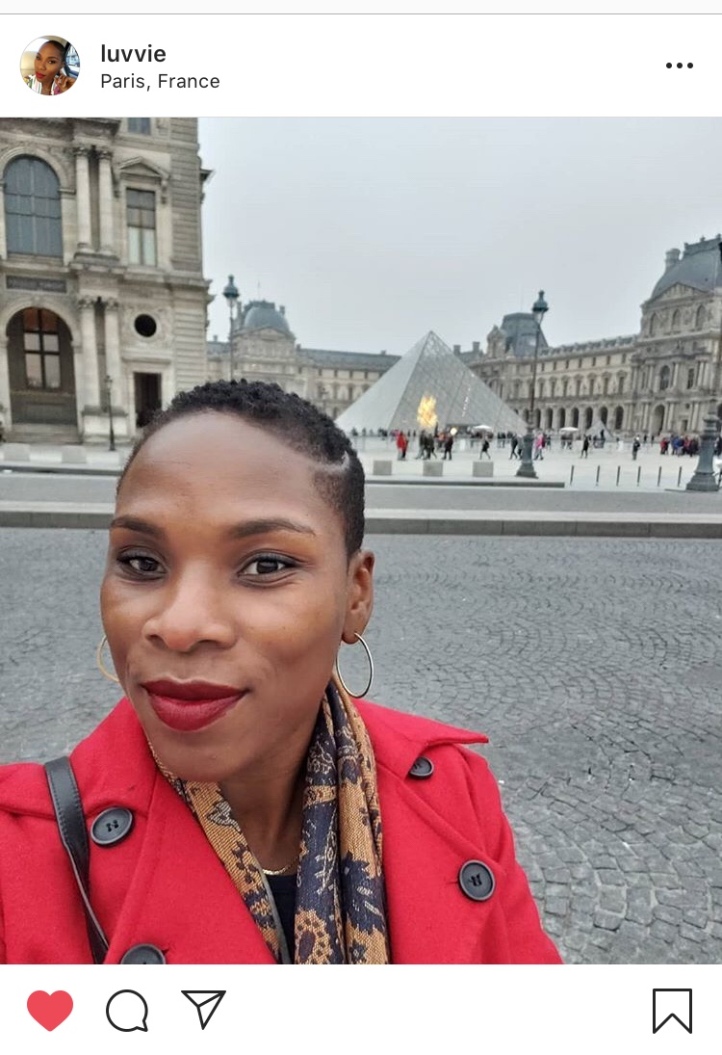 Chocolate, team natural, part in the hair…IT WAS CRAZY!

I was just so moved that LUVVIE EXISTED!

I reached and sent her a message the day I began stalking her online, purchased her book and pledged allegiance to Luvvnation🤣 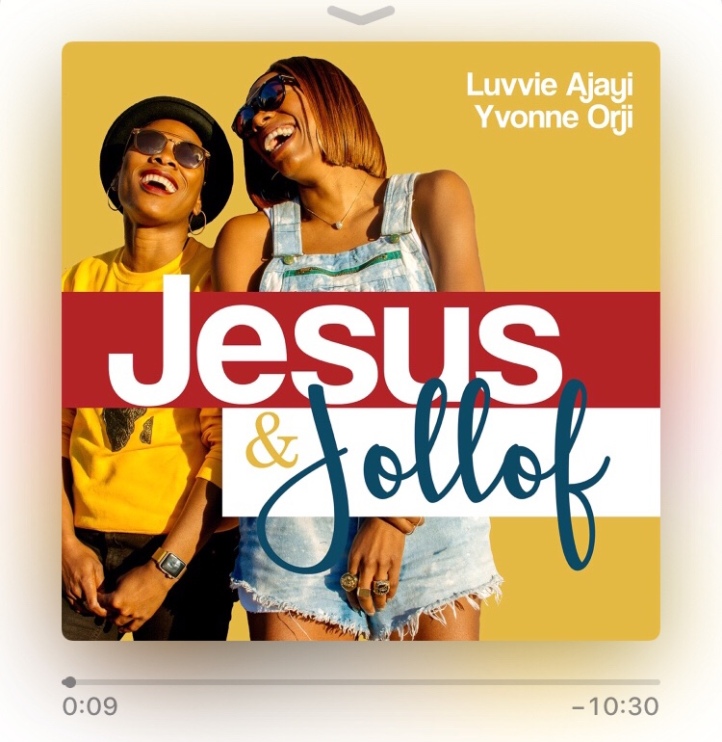 (I’ll warn you now.. the podcast is addicting! I binged the entire season in the course of a week and I was sad I finished! I want to be Nigerian now and I call everyone a GOAT!! You’ve be warned.. it only takes a week for this to happen.. the energy of the show is just contagious! The show leaves you vibing high and laughing the entire time you listen! You HAVE to listen to this podcast! Must listen to Jesus and Jollof) 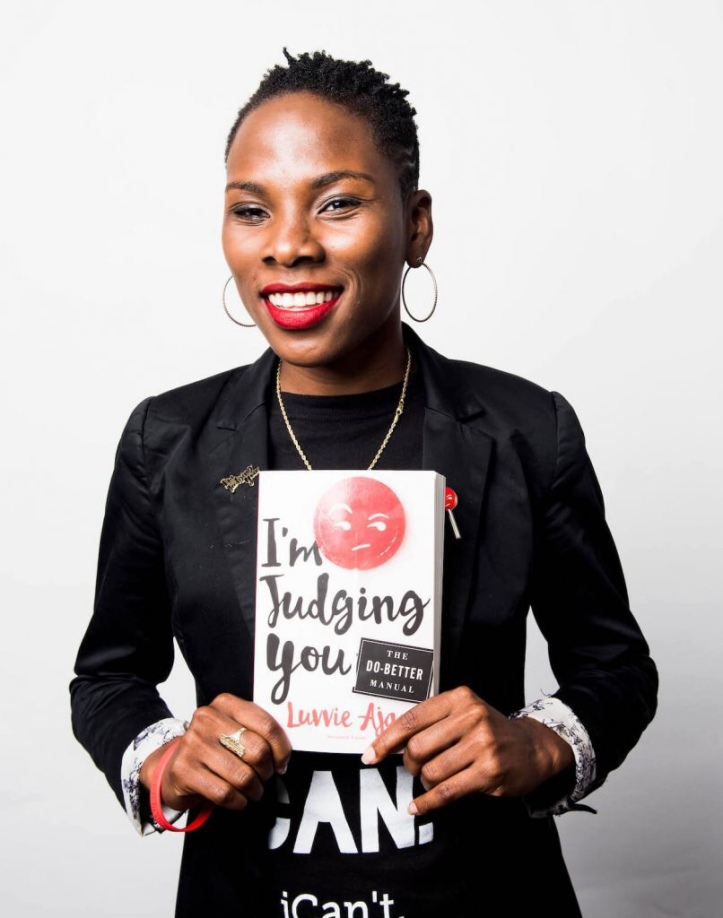 Ok onto to the book!

“I’m judging you: The better manual”

Is Luvvie Ajayi’s side eye and judgement about life, racism, dating, making friends, using the too many hashtags (guilty🤭) it’s just like having your pettiest best girlfriend in your pocket.

She’s like an archer with a “petty” bow and arrow. Her word play is so phenomenal.

“I am the worst. Like a stale twizzler you find at the bottom of that pursue you haven’t carried in 6 months. When you take it out and try to chew it, it gets stuck in your teeth, you wonder how things have fallen so far apart, you really should let it be you greedy summagoat!” 🤣🤣

even before this in the books INTRO Luvvie paraphrased a Jay-Z lyric and I was instantly hooked!

Anytime you can weave Jay-Z into a book about social commentary I’m all for it!

I was howling with laughter through the majority of the book. Some of the chapters weren’t funny.. in fact they were so well written they were hard to read. The chapters about race you could feel the angst and frustration.

You’re forced to remember and relive the names of Sandra Bland and Trayvon Martin. The race chapters were the toughest to get through. Luvvie said what I’d been screaming inside for years. Those chapters really resonated with me.

(Luvvie sent me an emoji all the blood left my body 😩🤣🤣 I showed my whole family! It made my whole week!)

I broke the book up into sections and when I reached the section about racism.. I was so moved the shift in tone of the writing it was palpable. I had to put the book down for a moment and really digest what I had just read.

I needed to reflect and left what I just read marinate. More people need to read this book. It’s so matter of fact. Yet so complex. I’m just so in love with this work.

Luvvie was saying the words I wish I was bold enough to say!

Halfway through the book I declared Luvvie my Oprah 🤷🏾‍♀️🙌🏾 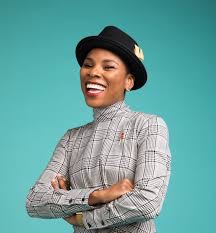 Luvvie Ajayi has a way of tackling topics like racism, homosexuality, religion that make it dinner table conversation.

She has a way of injecting humor into serious situations. “I’m judging you” should be handed out in high school. The book is that necessary.

There’s something magical about seeing someone who looks like you, achieving the things you dream of doing and doing it so well!

“I’m judging you” is a fast read but I digested the book in chunks. I really wanted to study the material. Literally every topic you can imagine is covered. 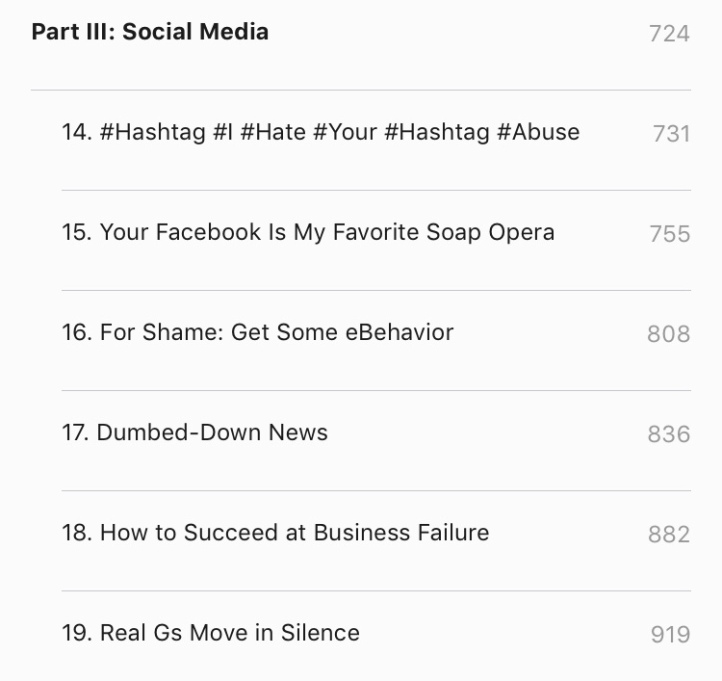 I am just in awe of this book. It’s a heavy book. It handles topics and conversations that need to be had we need to talk about feminism! We need to stop letting racism continue to further divide and educate ourselves and others to microaggression around us each day.

This book takes you on a journey. A necessary journey. A hilarious, witty, intelligent journey that you never want to end.

This was hands down my favorite book of the year.

To get your copy of “I’m judging you: The do better manual” go to www.luvvie.org or head over to Luvvie’s amazing blog where she does these amazingly hilarious recaps of “Game of Thrones” everything is available at 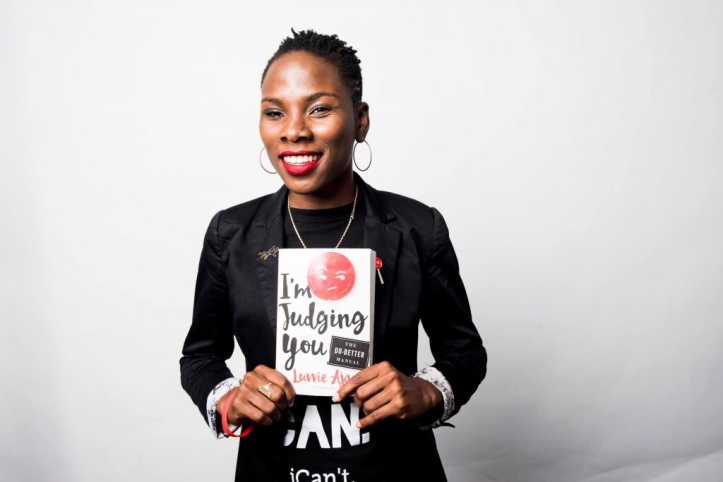 Have you read “I’m judging you”? What did you think? Let’s talk in the comments because I’m dying to talk to someone else about it! It was such a fantastic read!

Can’t wait for Luvvie’s next book!