#lifewithbrooke: 7th grade boys are the worst KIND of boys

I’m so mad right now I can barely type straight..

we’ve come to the point in Brooke’s life where she’s liking the boys..🙄

I don’t condone dating. She’s 12.. she can’t do anything. I do condone her expressing her feelings about boys and knowing she can come talk to me about anything.. even little snot nosed 7th grade boys…

We started hearing Brooke talk about this boy over the summer. They would text back and forth about sports.. Brooke loves sports, Harry Potter, black culture, the 70’s comic books, and conspiracy theories.. the weirder .. the better.

Brooke’s idea if flirting is

” Hey are you into the Illuminati?” Or “what’s your view on activism? You an ally of any kind? I’m a cis all to all”

Anyway a few days ago she told me she was going to tell this boy she like him.

She was going to tell him to meet her in the library with no friends.. she showed me the text between the two of them..

he agreed to bring no friends if she didn’t bring any friends…. Classic move… I cheered her on I was like

“Yeah Brooke, you shoot your shot! SHOOT THE J! SHOOT IT!”

The next day Brooke gets in the car..

“Mama are you ready for the tea..”

I was ready for the tea…

Then she goes on to tell me

“He likes some other girl and one of the girls I hang out with… why do all the boys like the same girl! And to top it all off I was talking to my guy friend and he was just nonchalantly says

“you not my type either, I’m into dark skin chicks”

mind you this boy is LILLY BUTT WHITE!.. I can’t Mama… I can’t do it today! I’m a man and even the white white WHITE boys are checking for the chocolate sisters.. can we go home and watch sad movies.”

I said “yes” I tried to play it cool on the outside but on the side I was HOT!

First of all how dare that little boy turn down MY BABY!

I hate that we are starting so young with the boys shaping the narrative of EVERYTHING!

All it takes is one jerk in 7th grade to ruin your opinion of yourself.

It’s hard to hear your child come to you when they’ve been rejected. Rejection is so awful when you’re young and formative.

I’m an adult and Brooke has to navigate through the legion of awful boys she’s inevitably bound to face in life.

I told her “You’re not a man. There’s absolutely nothing wrong with liking sports and reaching out to talk about that.. that’s how you communicate! You text about your interest.. you’re interested in sports don’t be ashamed of that.”

The young man had previously told Brooke “all you talk about is sports and music.. I don’t really like music”

I her that right there is RED FLAG if someone doesn’t like music.. they’re probably a serial killer

ANYWAYS! I told Brooke.. sadly in middle school all the boys like the same girl and that really doesn’t change till high school.. and hopefully she will find a guy that likes sports, music and talks about how the Illuminati is controlling the world.

I told her I know that hurts that this kid doesn’t like her but he’s not the boy in middle school.. and honestly they can’t do anything but talk on the phone.

I want to march right up that school and just…

Who’s raising these kids to tell my kid she’s weird?!

The remark that made me cringe was ” You’re not my type. I like dark skin girls” 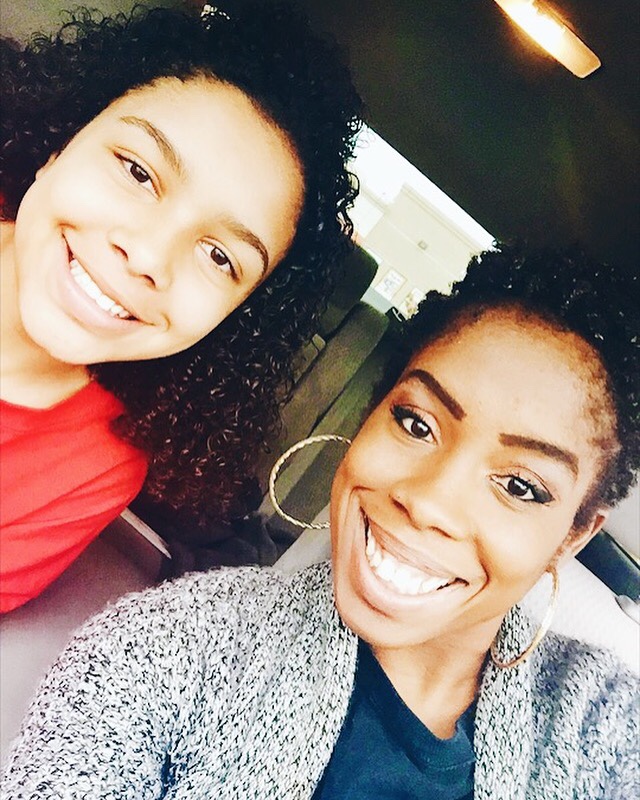 Living in Temecula and being dark skin I’ve dealt with colorism my entire life. It’s always been “you’re pretty for a dark skin girl”

That’s NEVER a compliment by the way! AND if you have ever considered it one… slap yourself immediately.. color isn’t indicative of beauty thank you! (That concludes my Ted Talk)

I’ve dealt with colorism from the prospective of a dark skin black woman only.

I NEVER in a million years thought my daughter would experience as much racial crap as she does.

Everyday she tells me something different that’s has happened to her and I say “that never happened to me.. and I’m blackity, black, black why are these things happening to you.”

She said “because they don’t think I’m black right away. They just say what they want around me and when I say I’m black that makes me uncomfortable.. they tell me I’m overreacting.. but I’m not I’m just saying “I’m black that offended me. ” they are more racist when they think you’re one of them.. they think I’m Mexican half the time.”

I hate that my child is dealing with so many complex social issues at such a young age.

Brooklyn Nicole is literally one of the most beautiful human beings I’ve ever seen in my life. I’m pretty biased because I made her soooo🤷🏾‍♀️

This will not be the first or last time a young man doesn’t want to date my daughter.

I will hold her through this and watch as many sad movies as she wants and we will call this kid, what’s his name a jerk all weekend!

Because that’s what I’m supposed to do, I’m mom.

I’ll also let her know that light skin or dark skin her skin is beautiful.

I don’t know what Brooke has to endure being biracial.

I talk to her openly about race because I want her to be proud of both sides of herself. I tell her to be just as proud of the black as the white. I’m real with her society only sees the black.

We celebrate both. We know she’s both. She identifies as a black woman. 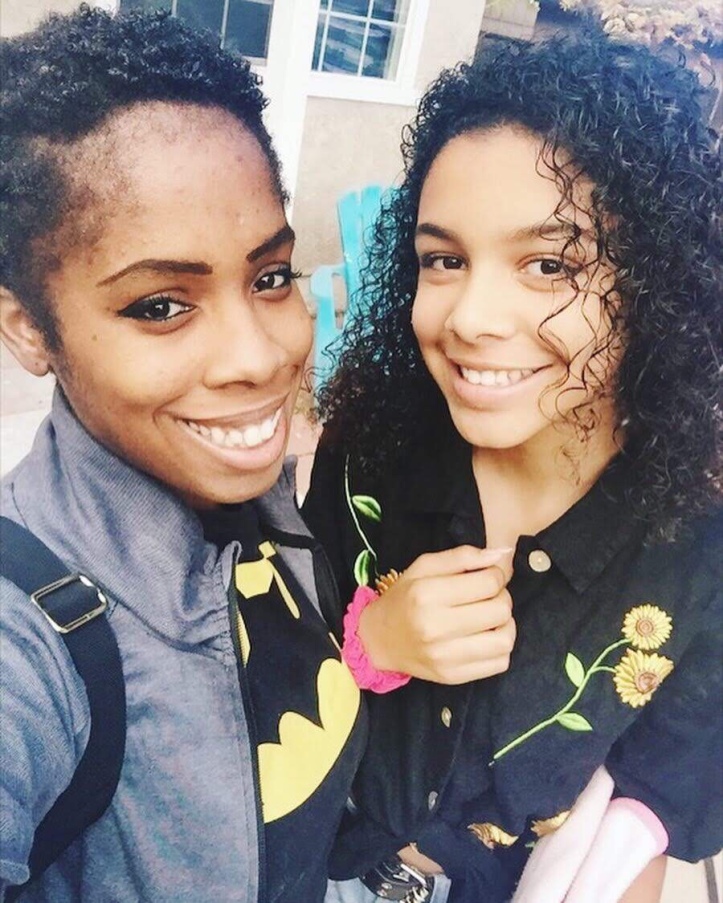 I told her as a black woman she has to get used to men having a preference.. some men prefer to not date black women and that’s just reality.

She’s going to me a lot of Kyle’s and Chad’s that are going to find out she’s not “Puerto Rican” like they though and run for the hills.

I’ll be there to watch sad movies and call those guys jerks too.

Rejection is awful. I was rejected ALL THE TIME at her age🤣 I was shooting that shot like Kobe though I didn’t care..

someone was gonna get this black girl magic🙌🏾

Life with Brooke is getting difficult. I don’t like to see my child hurting.

I wish that one day Brooke does find someone who likes her and understands that she is just the bees knees! She’s the smartest, must beautiful girl in the world and sometimes that’s just too much for a 7th grade boy to handle.

When I was middle school and boys would reject me.. I’d go to my friend Ashley’s house and we’d watch Morris Chestnut movies and call the guys.. jerks.. the formula for middle school heartbreak doesn’t seem to change. It seems to hold the test of time.

Have any of you had to deal with rejection with you kids? How did it go!?!! I need a damn hug! I’m over her mad for my baby 🤣 7th grade is just awful!