The Backstreet Boys released their 10th studio album “DNA” last Friday. As a self proclaimed boyband expert I am SHOOKETH!

I’m not biased. I don’t only love the Backstreet Boys. I love ALL boybands. New Edition, New Kids on the block, 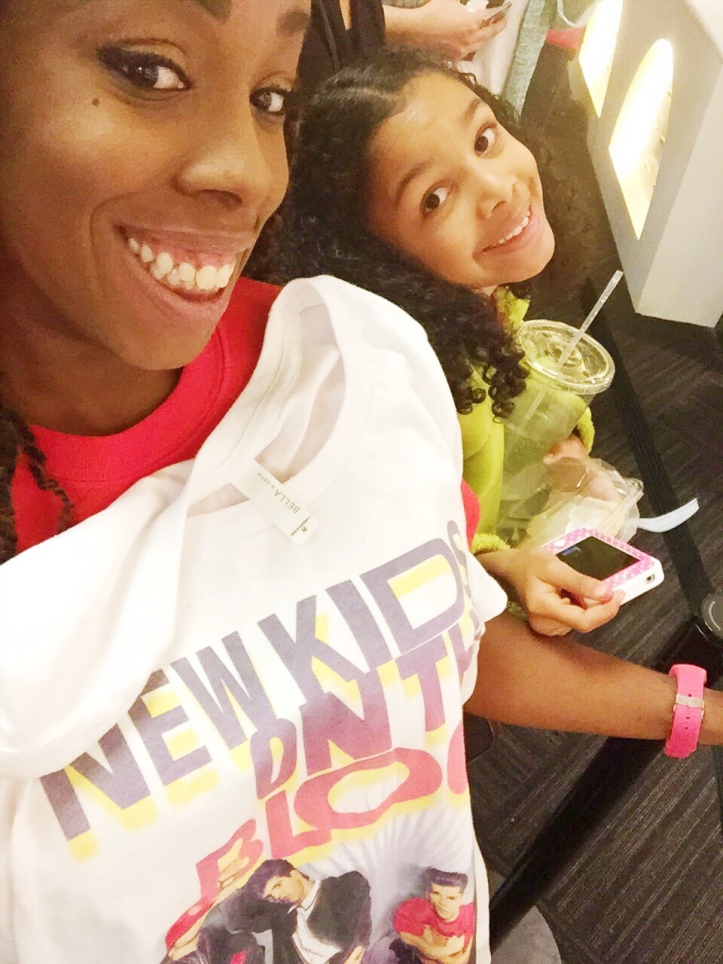 I went international with my boyband hysteria!

I bumped them ALL! I went to concerts.. I even drag my oldest with me to boyband concerts. 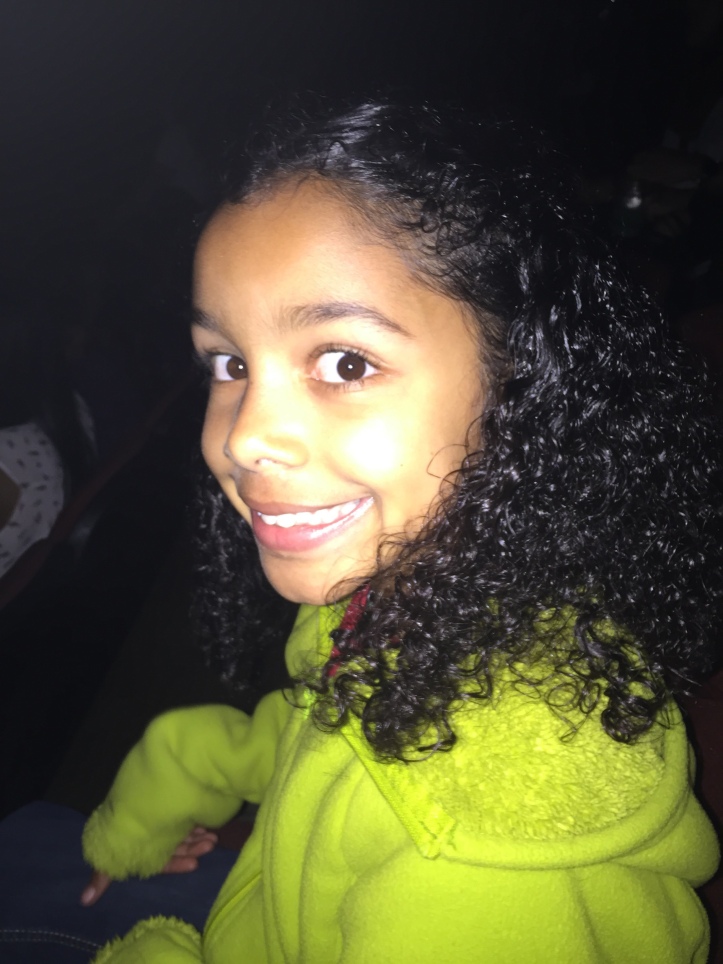 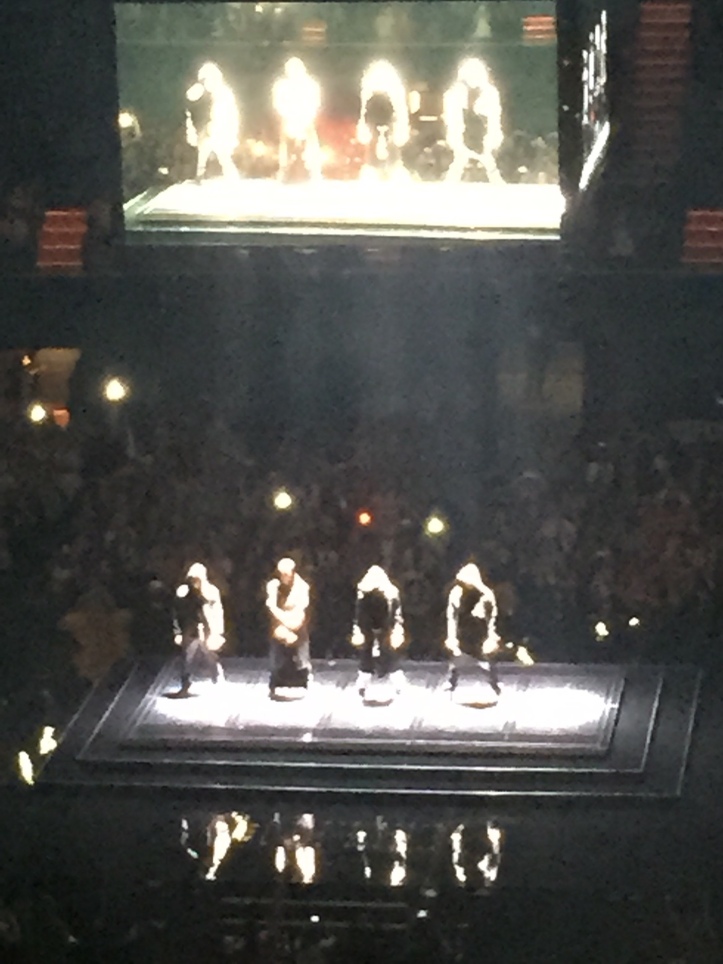 That was such a great era! Such fun music! Such good times.

Every once in awhile I turn to Facebook and whip up my friends: 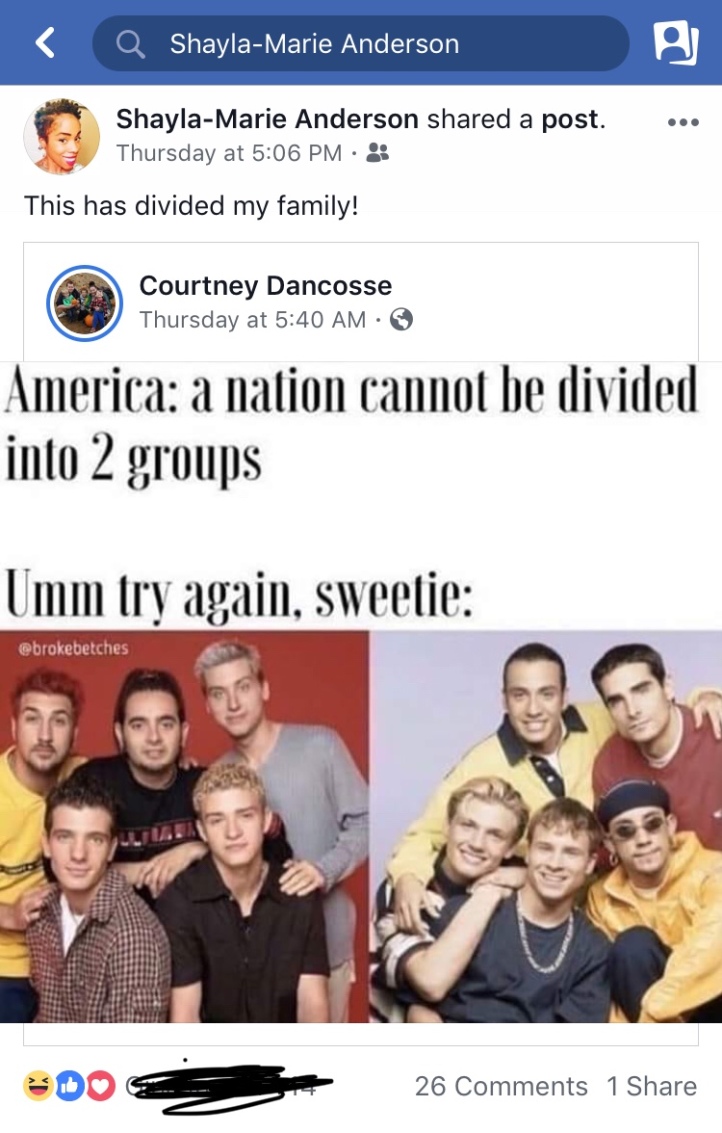 The easiest way to whip up my group of friends is to make them choose between Backstreet and NSYNC… (Its the best, if you ever want to get a bunch of women in their 30’s just mad for now make them pick just ONE boy band!)

As soon as the new BSB “DNA” began streaming.. I had to go to Facebook and gloat

Once I got that out of my system I was able to full focus all my attention on this album. I listened to the album several times. I’ve forced my family, friends and social media following to vibe with me.. I mean I finally get to say:

And do the the dance

My 13 year old self is going bananas inside my body! Let’s get into this album! 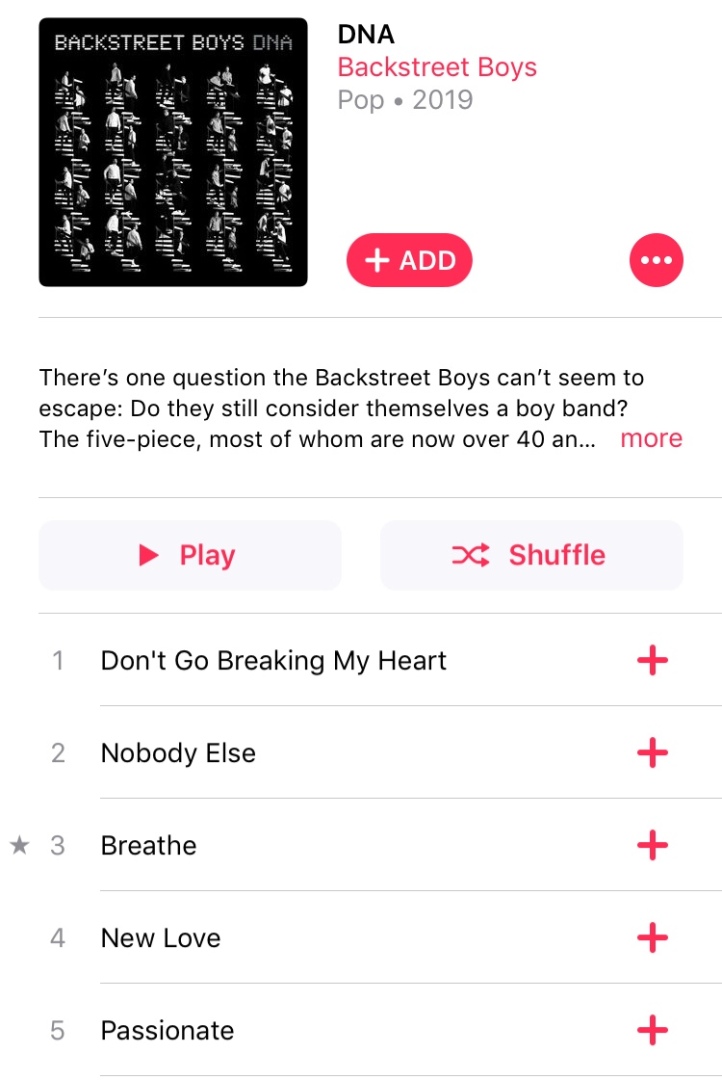 The album is actually being released by the bands own record label “K-bahn” records. It’s been about 6 years since they released their last album, and they came out swinging!

This album is so well done. There’s everything you want in a Backstreet Boys album. Moody ballads and club hits that’s make you twist your hips as soon as the beat drops!

“Don’t go breaking my heart” is one of those tracks! 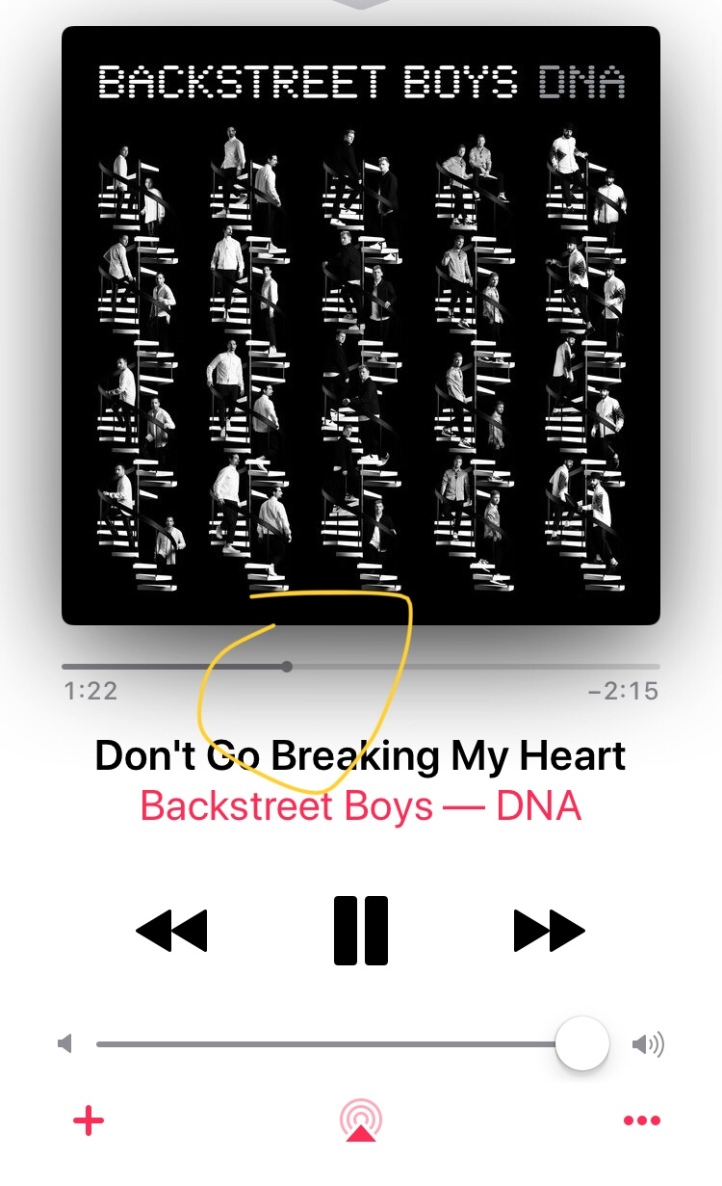 Just a minute and 22 seconds into the album you can feel, these Boys didn’t come to play! They are MEN! They have feelings and they aren’t afraid to discuss them! This is a dance hit! Fun, flirty. It’s the kind of song you play in the car.. but in your mind your on a swanky roof top bar with a cocktail, looking good dancing to the beat. The beat of this song is just contagious!

I found myself saying “Ok Backstreet BOYS I SEE YOU!”

They really came through from the first song. It wasn’t just because I’m a SUPER FAN! This song really showed their growth musically.

They sound GREAT! They have their classic harmonies we know and love, however they have a new energy! This first song was fresh. Great way to start the album.

If you click on the link and check out the video. You see the guys still look AMAZING!

There’s the amazing choreography that we have come to know and love from the group! This also excites me for their upcoming Tour!

I’m guessing this tour is going to completely sell out! The albums is already streaming and trending massively across social media. I think this is going to be the “hot mom” tour.

The Backstreet Boys are 40.. most of the fans are in their late 30’s and 40’s this is about to about a grown and sexy bring your mama and kids tour! I can’t wait! I hope to see them in August if it’s not sold out that is 🤷🏾‍♀️

My Favorite Track on The Backstreet Boys “DNA” 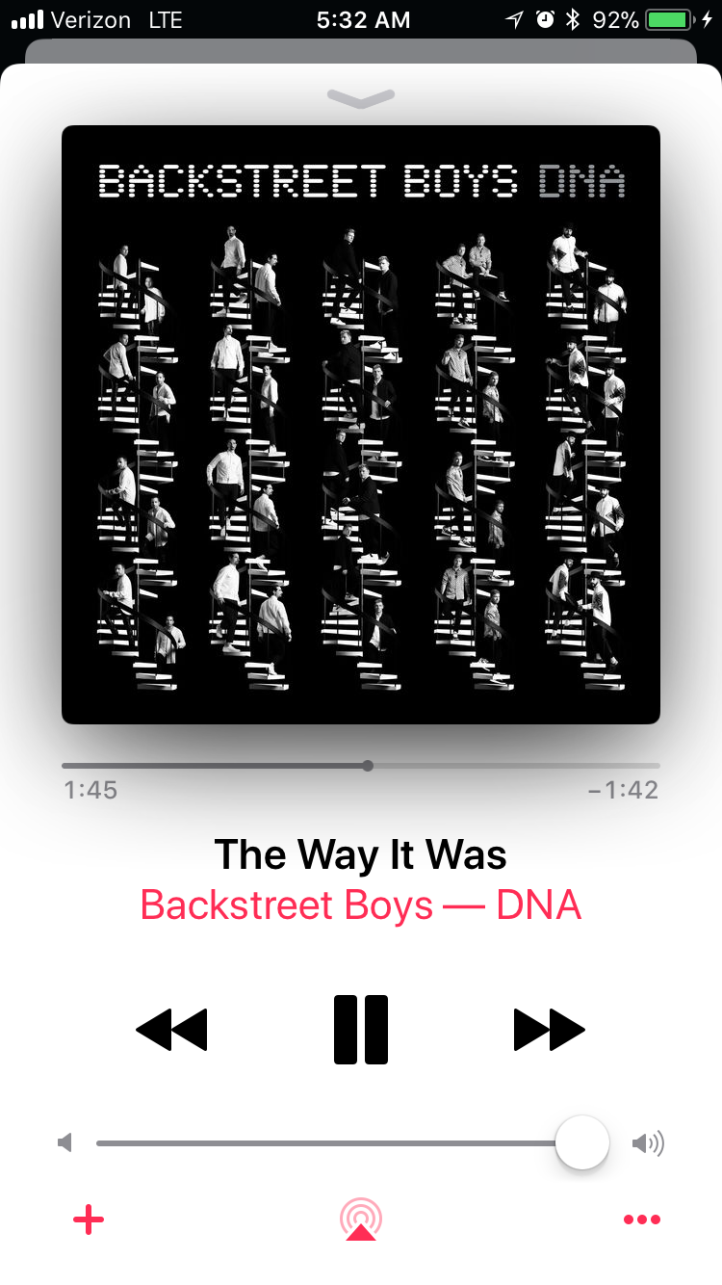 I really LOVE “The way it was” This ballad was butter! I’m a sucker for a moody ballad. The Backstreet Boys took me to church with these vocal changes and I worshipped at the alter!

Nick slayed high notes like it was 1998 and I was here for every last second of it🙌🏾 This song is magic!

BSB is singing to YOU! It gives you all those concert vibes. The song is very reminiscent of doo-wop gives your a vintage feel. It was a fast favorite to me because it just felt like it was from another time.

Clean vocals, great musicality, great lyrics. I hate that it’s at the end of the album I love it so much.

The song they did with Florida Georgia Line. I loved it right away. It has a country vibe and I love country music. This song really makes you feel warm and fuzzy. Total hidden gem on the album.

“Ok” is my absolute favorite song on the album here’s why:

“We fit together, you make me better

Whatever it takes, I’m here forever.

Bad things will happen, but none of that matters.

and just like that lyrics have made me feel 13 years old inside. The album is fun. Nostalgic bubblegum deliciousness and I want MORE!

The Backstreet Boys are grown men with topics to discuss this year. Their first song really showcases the growth of the band and men and musicians.

They’ve grown as men, they’re grown creatively and as I type this they are heading to “Number 1 on the Billboard charts”

If you have Apple Music stream “DNA” right NOW! Totally worth it and it’s literally only 39 minutes..

Many will think of the Backstreet Boys as just a “boyband” however to their fans, they represent so much more.

For whatever reason we’ve all been connected to these men for nearly 26 years.

We’ve intertwined memories with their lyrics.

I even wrote a thesis this summer arguing with factual evidence on why “The Backstreet Boys are better than NSYNC” (we had to pick a topic we could freely write for one hour about.. it was CAKE!)

These men give us glimpses of nostalgia that we just need right now. They keep us young and we keep them young.

We play their music and say to our kids

“What do you know about the Backstreet Boys?” and proceed to school them and teach them all the choreography they need to know to be true BSB fans.

You can diminish them and label them as bubble pop if you want to.. This bubblegum still POPS and has long lasting flavor! 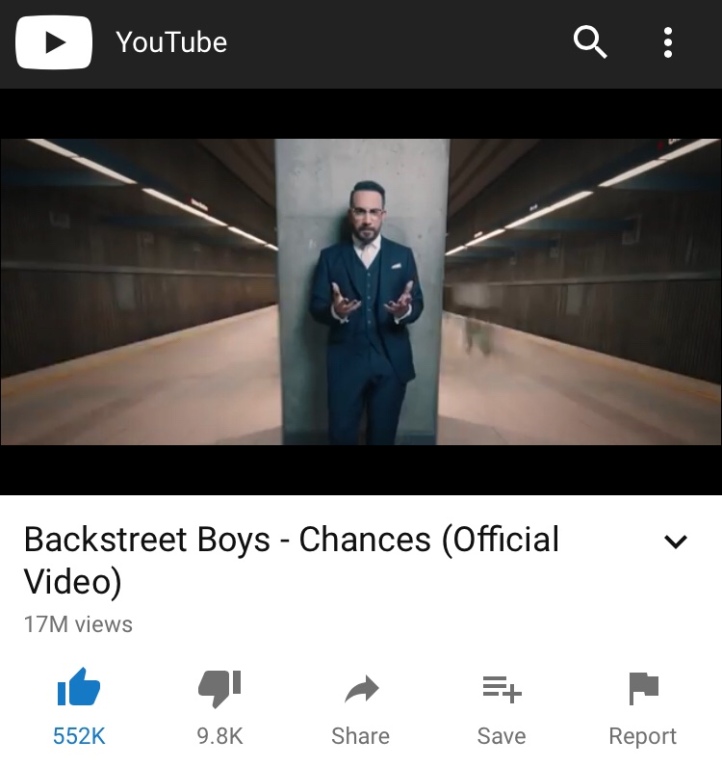 Let me know what you thoughts are below? Will you be checking this out? Or will you leave the nostalgia up me and the rest of the world? Let me know your thoughts below🤗