The cape is killing us: Living up to the “super- mom” myth 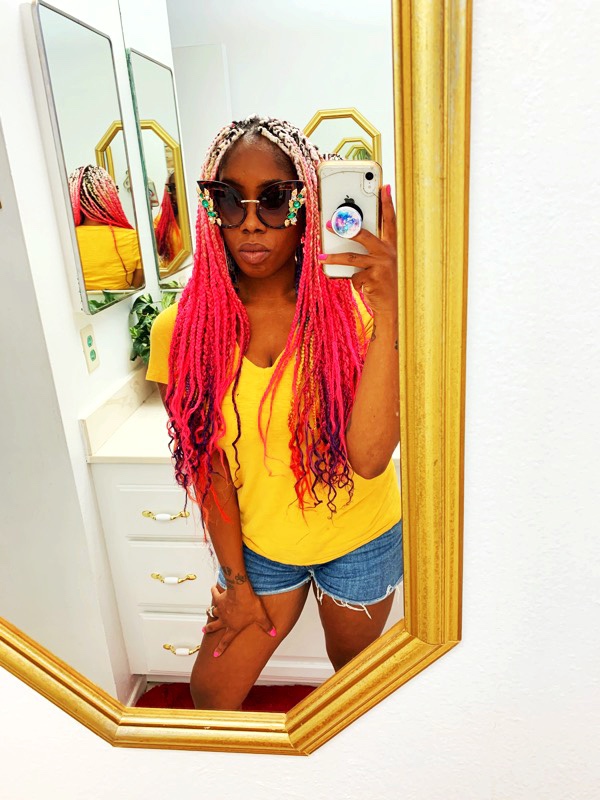 We are smothering ourselves living up to the “Super mom” myth.

Trying to earn some imaginary cape no one will ever see.

People can’t fly anyway! you do know that right?

It is absolutely insane!

Why are we doing this to ourselves?!?

How did we get this way!

Who started this mom competition!

Who!? Who!? Did this! Who? decided we needed to be the best mom on the block in order to get a decent nights sleep.

When they find this “Mom” I just want to “talk” alone.. with my fist.. because this sucks!

Society wants women to workout.. we have to an 8 pack, thick ass, thin waist, natural hair, mental stability, financial stability and the ability to be a “super-mom”

We passively aggressively size each other up searching for “the cape” but let me tell you..

you won’t find it because it’s not there.

I’m sure some man did…

Things that are learned can be unlearned.

We don’t have to accept this behavior.

Capes that are put on can be taken off.

We can take off invisible capes and just be moms.

We don’t have to be “SUPER” especially right now.

Can we just be moms?

We have to be teachers, wives, kitchen sinks..

We have enough on our plate with have to uphold ourselves to some non existent standard.

I retired my cape when the Rona’ hit.

Super Heroes only exist in movies to entertain you.

I don’t have time to entertain you..

Relax.. stop trying to do it all and ask for some help.

Life is too short to be think you have to be sad and miserable be you don’t a man.. No build a support system of female friends that can help you ease that load there are some may options before you put on an invisible cape and work yourself to death like…

I’m saying it because I’ve done it and I don’t want anyone else to do it.

Now that I’ve been through the situation.. and honestly I’ve been knowing the pressure society puts on women to do it “all” and do it “perfectly” and it’s asinine.

Where is the same pressure for men?

If they diaper a baby appropriately they get a ticker tape parade.

What’s funny there’s no such thing as “Super Dad” because aren’t trying to live up to invisible standards.

They aren’t in psychological competition with each other.

Because society doesn’t pit men against each other..

We don’t have to play their game you know… we can just chill and enjoy motherhood.

Because… There is no cape, there is no prize for being a perfect mom.

There isn’t cake or juice.. I promise you aren’t missing a party of any sort.

We’re dealing with the same fears at the end of the night.

We all have meltdowns in the car when no one is looking.

We are all on the same team.. so why are we in competition anyway?

There’s no need for one of us to have “Super” abilities if we are all the same.

Trust at the end of the day we’re all getting shit on.